Previous Next
The Catalan Government and municipalities commit to the process of educational updating of the 2030 Agenda promoted by Escola Nova 21Catesco2021-01-11T12:06:09+01:00 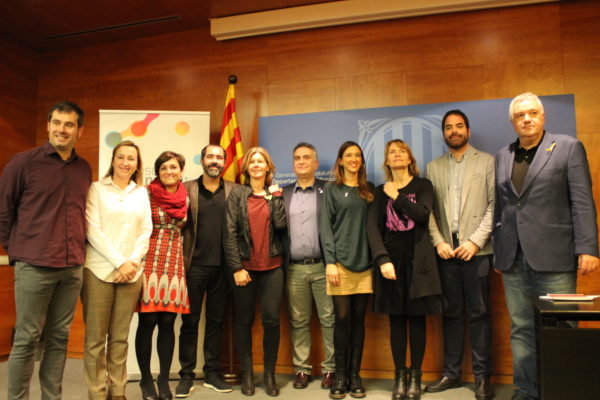 On 19th December 2018, the Ministry of Education of the Catalan Government and the two federations of city councils: the Catalan Association of Municipalities and the Federation of Municipalities of Catalonia, presented the agreement they will take so that the actions of educational change towards the SDG 4 driven by the Escola Nova 21 Alliance, promoted by Unescocat and other entities, will be led by the Catalan Ministry together with the municipalities, over the next year and a half.

The agreement, which will be channelled through the Joint Commission between the Education Ministry and municipal entities, lays the groundwork for a joint action that coordinates the process of updating schools in Catalonia, under the leadership of the Ministry. As is already the case in the city of Barcelona, the 60 local networks of educational transformation in Escola Nova 21 throughout the country will now become part of the activity of public administrations, with the support of the program team.

The aim is that over the next year and a half, up until the end of the Escola Nova 21 program, the joint work between the Ministry, municipalities and Escola Nova 21, will serve to make the transition towards future actions to update the entire educational system. During this time, the program’s change processes will be maintained, now done by professionals from the Ministry and municipalities, in order to transfer knowledge and procedures and validate their usefulness and impact.

You can review the photographs of the agreement event here:

You can see the TV news here:

Press release from the Education Ministry